7 Reasons Why Business is Better in Texas

It’s no secret, Texas is one of the best states for small businesses. But it has more to offer than friendly regulations. Perhaps more than anywhere else, its culture, weather and lifestyle choices offer business owners and employees alike ways to work hard, earn a living and enjoy the fruits of their labor. Here are the top 7 ways Texas makes building a business a bully idea. 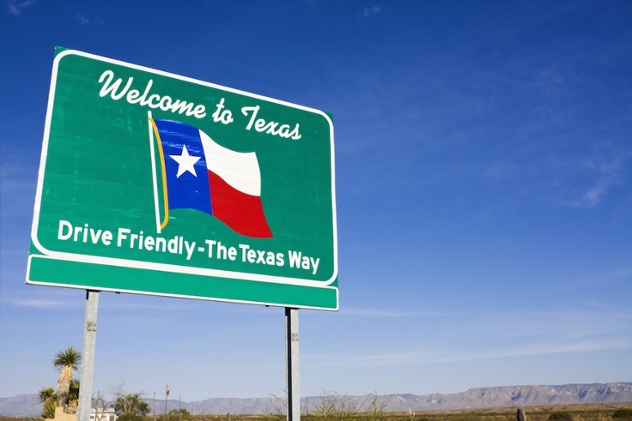 It’s no secret, Texas is one of the best states for small businesses. But it has more to offer than friendly regulations. Perhaps more than anywhere else, its culture, weather and lifestyle choices offer business owners and employees alike ways to work hard, earn a living and enjoy the fruits of their labor.

Here are the top 7 ways Texas makes building a business a bully idea. Business owners tired of wearing three layers just to stay warm …. Whereas the average US city gets 25 inches of snowfall per year, Austin, Texas gets an inch — if that.

Climate directly impacts health. Most Americans stuck inside due to ice, snow and cold temperatures are vitamin D deficient from lack of sunlight. They may also suffer from seasonal depression, which can affect motivation for physical activity.

Warm weather is known to improve mental dexterity. Alertness and memory is improved when body temperature is high. Heart and lungs function better in warm climates and open country with high air quality. Everything’s bigger in Texas. As the largest mainland U.S. state, it’s land-rich and offers affordable real estate. In November 2015, the U.S. census reported the median home price to be $305,000. That year the median home price in Texas was only $151,000. Land in Texas costs around 40 percent cheaper than the national average, according to data from the Lincoln Institute of Land Policy, a think tank.

For entrepreneurs this means less cost to start a brick-and-mortar business. In addition, Texas boasts a low cost for food, rent, health-care and utilities and also has its own power grid, which makes electricity is cheaper than in any other state. An attractive climate brings in talent from cooler climates and makes every working day that much brighter. The Texas gulf coast is great for recreation. Stretching 367 miles, as the crow flies, along the northwestern edge of the Gulf of Mexico, 3,300 miles of shoreline snakes along the state’s coast, islands, bays and river mouths. In 2013, Forbes Magazine announced that Texas dominated its list of best cities to find good jobs, with five of its metropolitan areas reaching its top ten.

The $1.65 trillion Texas economy is the country’s second-largest. With light regulation and little red tape, starting a business and running it in Texas results in fewer headaches for business owners than in other states.

Texas boasts some of the largest and most successful companies in the U.S., including titans such as ExxonMobil, AT&T and Dell. Fifty-two Texas companies were featured on the Fortune 500 list in 2014. Forward-thinking markets attract innovators of all kinds, and so a city’s live music scene is often a proxy for its business environment.

Austin adopted the slogan “The Live Music Capital of the World” in 1991 after learning it had more live music venues per capita than anywhere else in the nation. More than 1,900 bands and performing artists live in Austin, performing a wide variety of musical styles from country and blues to indie rock and jazz to honky-tonk and rock ‘n’ roll.

Texas eschews private and corporate income taxes, and so businesses and their employees won’t feel as much of a pinch during tax season.

Those who consider moving to Texas may become even more eager once they calculate how the move will affect their family’s living standards and personal tax burden. Are your bosses friendly? Does the payroll manager hate your guts? Can your employee help but giving you the evil eye? You don’t work in Texas,

Texans are friendly people. In fact, the state motto is — “Friendship.” Cowboy country has down-to-earth individuals who are tolerant of others. Many cities promote diversity and, as a border state, Texas has a strong Mexican influence. “Tex-Mex,” or Hispanic-American culture, is so essential to the state that you couldn’t have the “Tex” without the “Mex.”

If you enjoyed this slideshow, may we suggest: